In many parts of the World, contracting can seem like the modern-day equivalent of a Roman gladiatorial battle, where a single project cost blow-out can end a promising political career or bankrupt a once profitable company.

The Rules of the Game

The rules of the contest are set out in the construction contract and rival teams of lawyers seek to negotiate their side an early advantage in the battle to come through the introduction of carefully crafted indemnities, notification regimes, liability caps and risk transfer, with little or no consideration as to whether the party that ends up liable for a risk is best able to manage it. This process commonly results in a Zero-Sum game or a game where one only party can win at the expense of the other.

There are however growing signs of battle fatigue as contract directions and awards are increasingly fought in court, tying up resources on both sides and leaving even the winner with a large legal bill and potential reputational damage.

If implemented correctly, Integrated Project Delivery (IPD) contracts can deliver a project win for both the Owner and the AEC companies.

How is that possible?

Under an IPD model, value (from the Owner’s perspective) is carefully defined and the AEC team engaged early in a project’s development on a multi-party contract that incentivises delivery of the defined value. This contrasts with a traditional contracting model where each party contracts separately, either with the owner or main contractor and is purely focused on delivering value for themselves.

Under an IPD model, the AEC team are reimbursed their actual costs incurred on the project based upon agreed cost rates plus an agreed Fee for overhead and profit.  This reimbursement model, coupled with a shared risk contingency pool provides a greater degree of certainty in respect of the AEC team’s financial return. 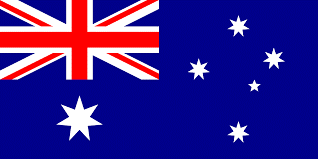 On the face of things, the IPD contract model seems very similar to Alliance contracts that have been used in Australia for nearly 20 years. Both are multi party collaborative contracts that reimburse the participants based upon their agreed costs and incentivise them to achieve value for the owner. If IPD contracts are to be successful it is important to review the reasons why, in twenty years, Alliance contracts have not become more widely used in Australia and beyond.

With Alliances all participants agree to a ‘no blame’ culture and the contract specifically precludes any party seeking legal redress for any lack of performance by another. This can lead to a situation where it is not possible to adequately address a party’s poor performance and the performance of the Alliance as a whole suffers.

This is not an issue with IPD contract forms as they contain provisions that allow the parties to seek legal redress for a party’s poor performance which should provide a big enough threat to ensure performance without any need to follow through with action.

The Alliance delivery model has been a victim of its own success with early government funded projects coming in significantly under budget and the AEC team sharing the under run. The fact that the owner also shared in the under run was overlooked and there was a perception amongst the general public that budgets had been set too high.

Recently, there have been attempts to address this issue through the introduction of mandatory independent third-party reviews of budgets and ‘competitive alliances’ where two teams work independently to develop an initial design and budget with a winner chosen (based upon overall value) to move forward to the construction stage.

There has also been a lot of work done to refine the incentivisation model to allow for any share of saving payment to be modified by the team’s performance against other non-cost key result areas in terms of value to the owner- something that IPD contracts to date have not allowed for.

On the flip side, under traditional Alliance forms, the maximum downside for the AEC team if the project budget is exceeded is the loss of their Fee, Reimbursement of all agreed costs incurred is guaranteed which can again seem like the AEC team does not have much skin in the game.

This issue is addressed in some forms of IPD by the introduction of a Guaranteed Maximum Price which places a limit on the amount of agreed costs payable to the AEC team.

Whilst some Alliance forms include provision for sub-alliances, the Alliance team rarely comprises more than the main consultants, designer, owner and main contractor. Any further required trade contractors or speciality consultants are engaged using traditional forms of contract. This limits the

extent of possible collaboration and therefore benefits that can be obtained.

IPD forms of contract allow for greater engagement with the wider supply chain on a collaborative basis.

Alliance contracts do not generally mandate any elements of Lean Construction such as Building Information Modelling (BIM) or Pull Planning thus missing an opportunity to improve overall value to the Owner.

IPD contracts, provide an opportunity in Australia to address the issues with the Alliance form (perceived or otherwise) and reinvigorate collaborative contracting as a delivery model which in turn can provide a foundation for the adoption of lean construction principles and processes.

Elsewhere, Australia’s experience with Alliance contracts can be used to further refine and improve the IPD model in order to allay any concerns with its use and to accelerate take up.

A win- win in the move towards win – win project outcomes!