Construction is widely recognised to be one of the least efficient industries in the developed world, with comparatively low labour productivity and high levels of waste.

What can be done to address this problem?

Following World War II, Toyota developed the Toyota Production System that focused on reducing waste and optimising the flow of the product through the production process whilst maintaining flexibility to produce a variety of products. This system has subsequently been successfully adopted and developed by a wide range of manufacturing industries, the principles of which have come to be known as Lean Manufacturing.

In 1993 a group of passionate architecture, engineering and construction (AEC) professionals eager for similar change in the construction industry formed the International Group for Lean Construction (IGLC) with a vision to:

“…better meet customer demands and dramatically improve the AEC process as well as product. To achieve this, we are developing new principles and methods for product development and production management specifically tailored to the AEC industry, but akin to those defining lean production that proved to be so successful in manufacturing”.

People are integral to the successful implementation and delivery of lean construction processes, through free and uninhibited flow of ideas and constructive feedback, neither of which would be possible without there being mutual respect for all participants in the process.

Such participants could range from senior representatives of the Client, Architect and Constructor to specialist trade foremen and supervisors.

2.Focus on Process and Flow

The target for lean construction, as with lean manufacturing, is to achieve a reliable, continuous uninterrupted workflow. This is primarily achieved through open communication between all project stakeholders both during the development of the project schedule and just as importantly, during the project when an activity deviates from the schedule. This communication enables adjustments to be quickly made to the schedule for follow on activities thus avoiding delay, waste or excess inventory.

The Lean Construction Institute has further developed a system of lean construction principles specifically focused on improving the reliability of the scheduling process called Last Planner ®, the primary focus of which is to pull information from project stakeholders in a collaborative process to develop a detailed schedule, rather than pushing participants to meet a schedule developed in isolation from the majority of stakeholders.

The traditional approach to construction focuses on what the Client wants the construction team to build e.g. what is shown in the plans and specifications, whereas Lean Construction processes encourage the project team to consider overall value from a Client’s perspective. This is usually achieved by bringing together all of the project stakeholders, including the Client, to define a project’s Conditions of Satisfaction. 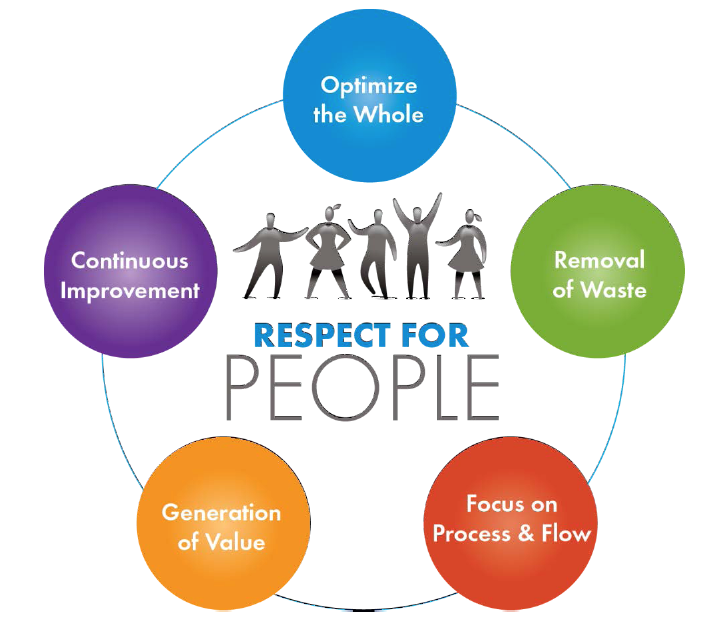 A key principle of Lean Construction is the elimination of waste to the greatest extent possible, accepting that total elimination is an unrealistic expectation. Waste is generally defined as resource utilisation that does not add value but the LCI have defined a number of construction related subsets of this:

To this list could also be added Disputes. Contractual disputes can interrupt the flow of activities, delay work and result in the utilsation of resources that do not add any value whatsoever and arguably reduce value through damaged relationships. 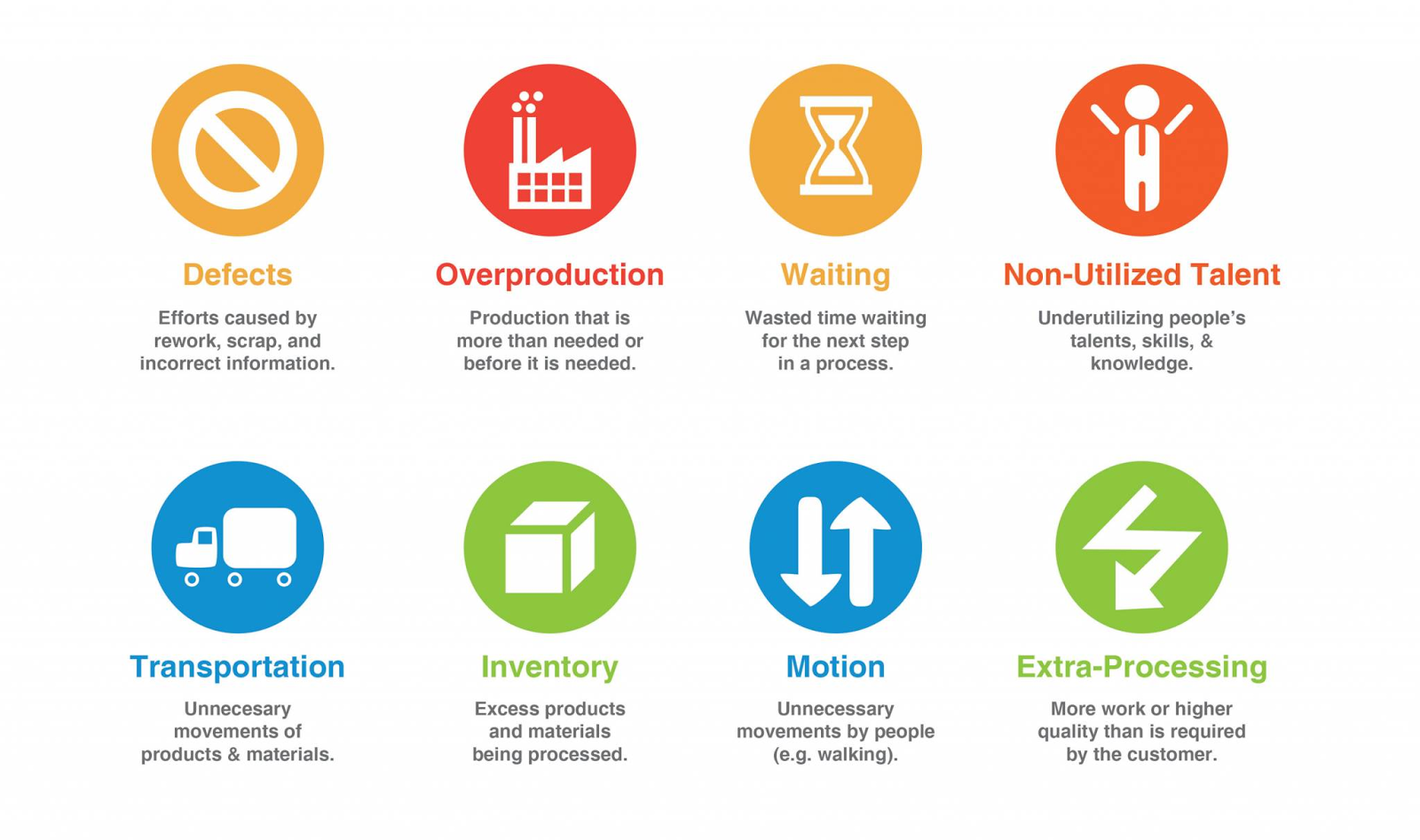 Central to the concept of lean Construction is the principle that it is necessary to continuously improve all processes with the aim of eliminating waste, or to quote from LCI:

Lean thinking demands a mindset of continuous improvement. Leaders must create an environment where experimentation is encouraged and small manageable failure is acceptable if the goal is to improve continuously.

However, despite the best efforts of LCI, IGLC and others, the construction industry has been slow to adopt any of these lean principles due in large part to the perception that lean methods are only applicable to controlled environment such as a factory floor producing standardised products i.e. the opposite situation to that found on a construction site.

But is there another reason holding back the adoption of lean construction principles?

Why are contracts important for Lean?

One of the most important principles of Lean Construction is that by optimizing a single step in a process you de-optimize the whole.

Unfortunately, traditional construction contracts divide all the parties on a project into separate camps. Commercial logic dictates that each party will be intent on optimizing its own part of the project, thus de-optimizing the whole.  Examples of this approach include passing of risk to the party least able to manage it and including onerous contract terms that lead to time consuming disputes.

What is the best form of contract for Lean?

It follows that in order to optimise the project delivery process as a whole, all parties contributing to the process should contract on terms that encourage collaboration, open communication and commercially incentivise best for project outcomes. This approach has come to be defined as Integrated Project Delivery (IPD) and is becoming increasingly prevalent in the Unites States of America, where it has been championed by large Client organisations such as Sutter Health.

The American Institute of Architects defines IPD[1] as:

“..a project delivery approach that integrates people, systems, business structures and practices into a process that collaboratively harnesses the talents and insights of all participants to optimize project results, increase value to the owner, reduce waste and maximize efficiency through all phases of design, fabrication and construction.”

The main elements of IPD contracts are…

Many of the elements of IPD contracts are met by the standard Alliance forms of contract currently used in Australia, however there are a number of crucial distinctions between Alliance and IPD forms of contract:

Whilst some more enlightened Australian project owners are developing their own form of IPD contract (such as the Department of Defence), the focus has been more on the incorporation of a GMP and ‘hardening’ of Alliance forms as opposed to facilitating the implementation of BIM and the Lean Contracting principles necessary to truly increase production productivity and project value.

Recent efforts to introduce an update to the AS 4000 standard form of Lump Sum contract failed due to an inability to agree on, amongst other things, the introduction of collaborative principles into the contract. Perhaps, rather than trying to introduce collaboration principles into an inherently adversarial form of contract it is time that attention was turned into developing an Australian Standard form of Integrated Project Delivery Contract for use by those truly enlightened Owners seeking to reap the proven rewards of Lean Construction.